Many of the current chlor-alkali plants are not able to service their caustic sales because there are no viable markets to sell the by-product, chlorine in their local region.

MCS owns the only commercially available manufacturing process that bridges the under-utilized chlor-alkali producers with a high growth market, calcium chloride. Our design meets the highest environmental standards. One modular unit is capable of consuming 15,000 tons of chlorine annually.1

1 Performance may vary, depending on variables such as quality of inputs, environment and operational times. 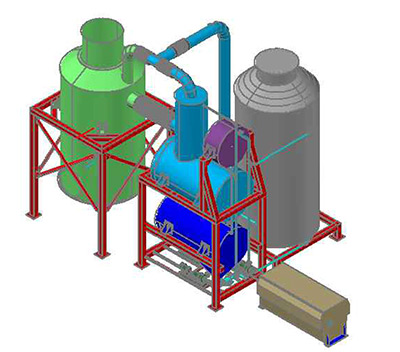 Modular Chemical Systems (“MCS”) strongly believes pre-engineered, modular chemical processes will provide many consumers the ability to produce commodity chemicals at an economic price. The combination of using proven technology with low capital investment allows users at all levels of production to produce and market commodity chemicals in their local region.

Historically, commodity chemicals required large scale facilities to take advantage of their scales of economy. In today’s world, commodity chemicals are faced with increased costs for distribution, packaging, warehousing and regulations. Furthermore, the inefficiency of using one or more chemical distributors increases the cost to the end consumer.

Learn More About Us